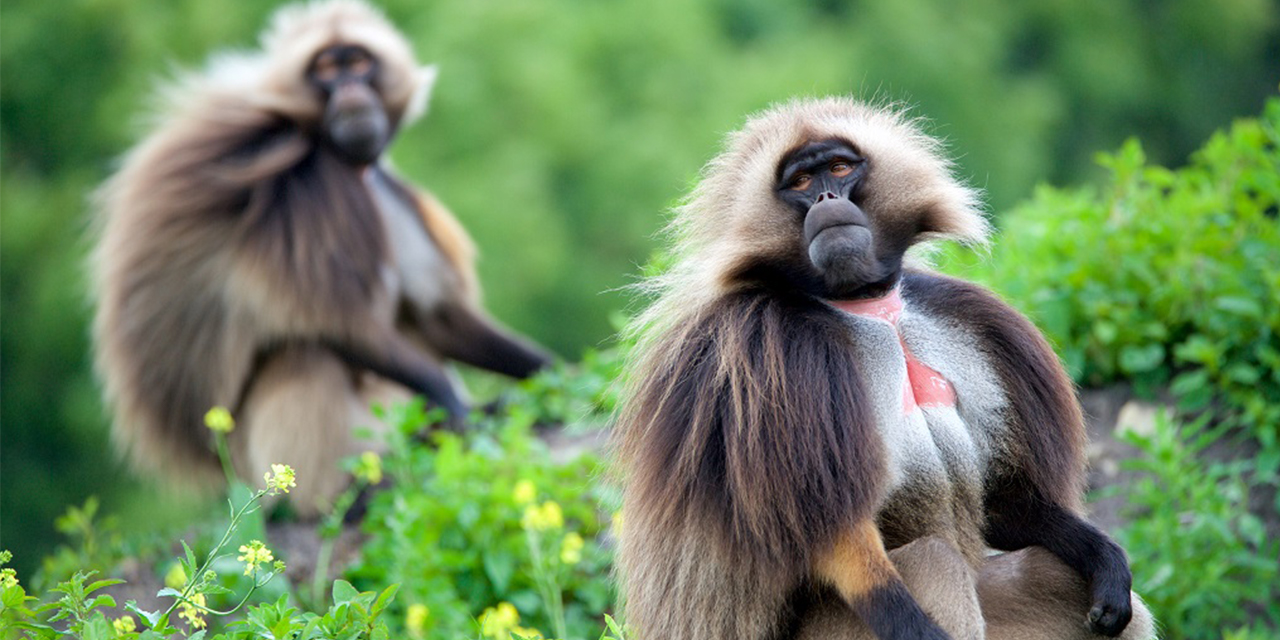 The Semien Mountains are a must for all those interested in wildlife, scenery and spectacular landscapes, the Park has been declared a World Heritage Site by UNESCO.

The Semien Mountains constitute one of the major mountain massifs in Africa. The region includes many summits above 4000 meters and culminates in the highest point in Ethiopia, Ras Dejen, at 4620 meters, the fourth highest mountain in Africa.

It is home to the endemic mammals of Walia Ibex, Semien Fox, Gelada Baboons and many species of birds and plants apart from its spectacular scenic beauty.
The simien mountain massif is one of the major highlands of Africa, rising to the highest point in Ethiopia, Ras Dejen (4533m), which is the fourth highest peak in the continent. Although in Africa and not too far from the equator, snow and ice appear on the highest points and night temperatures often fall below zero.
The national park has three general botanical regions. The lower slopes have been cultivated and grazed, while the alpine regions (up to 3600m) were forested, although much has now disappeared. The higher lands are mountain grasslands with fescue grasses as well as heathers, splendid Red Hot Pokers and Giant Lobelia.
The park was created primarily to protect the Walia Ibex, a type of wild goat, and over 1000 are said to live in the park. Also in the park are families of the Gelada Baboon and the rare Simien fox. The Simien fox, although named after the mountains, is rarely seen by the visitor. Over 50 species of birds have been reported in the Simien Mountains.