Thousands of people - dressed as a sea of white, priests and deacons, bearing golden-rimmed silk robes and umbrellas, performing religious dances and songs accompanied by a slowly building tempo of traditional church drums, leading the crowd in an immensely moving procession: All of which happen on Epiphany Day (Timkat) in Ethiopia.

Timkat, the Ethiopian Orthodox equivalent to Epiphany, is celebrated at churches throughout the country on January 19. The best place to be during Timkat is Gondar, where the festivities culminate in a crowded and colourful afternoon re-enactment of the first baptism at the 17th century Fasil’s Pool, which is filled with water for the occasion. 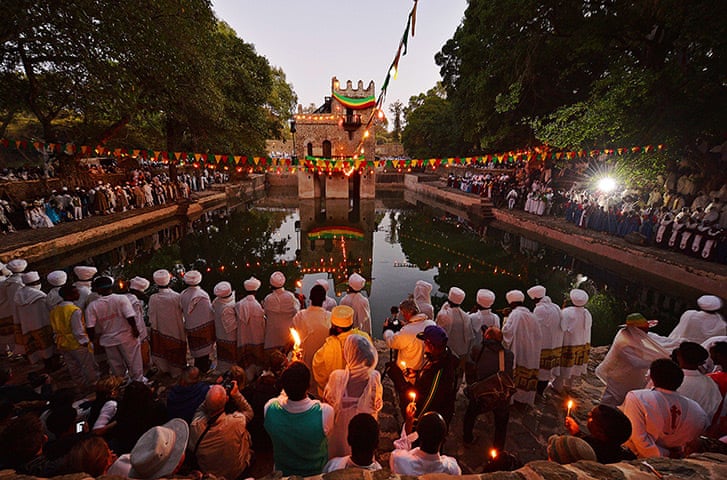